The Permann’s Cider Company: A Toast to Teamwork | Versa Creative

There are few brands as intoxicating as The Permann’s Cider Company. Not because you can catch a buzz from their products, but because their humble beginnings and heartfelt story laid the groundwork for something truly special—a brand we hold dear to our hearts. In light of their recent success in the Houston area, we wanted to reflect on how we brought their brand’s story to life through vibrant designs and engaging copy. So, without further ado, here’s a satisfying taste of our work for The Permann’s Cider Company.

In many ways, the story of Permann’s Cider began with the end of a great man’s story. By all accounts, Cody “Valentine” Permann was nothing short of a wonderful human being. Husband to Andrea Permann, he touched the lives of countless individuals with his wit, charm, and overall inspiring outlook on life. Sadly, he passed away suddenly at the age of 36. In his honor, Andrea decided channeled her grief into something that he could be remembered by. She decided to start her own brand of hard cider right here in Houston, but not just any hard cider—a hard cider that was as memorable as the man she loved. The result was the creation of a light and unique tasting cider that’s perfect for any season of the year.

When The Permann’s Cider Company first approached us to create a brand from the ground up, we knew we had a great responsibility to fulfill. Not only did we want to honor Cody Permann, we wanted to establish a hard cider brand that could thrive in its competitive market. Through our team’s extensive research, we developed a strategic plan to give Permann’s the marketing materials they needed to establish themselves in Houston. Complete with exciting brand visuals, a fresh new logo, and engaging copy, the new Permann’s Cider Company brand has become a testament to the hard work and dedication of our entire team.

Needless to say, The Permann’s Cider Company has certainly made a name for themselves over the past year. Recently featured in Houstonia, they’ve managed to have their drinks sold in over 40 locations across town, including Lucky’s Pub and Moon Tower. In addition, they’re planning to open a tap room with live music and other artistic splendors. According to Andrea Permann, the tap room will be “a celebration of life in all phases.” Learn more about The Permann Cider Company and their exciting local growth in Houstonia’s informative article.
While you await their new tap room, don’t hesitate to check out some of the other work we’ve done in the past. Through web development, design and copy, and other great services, our Houston branding team has helped countless clients reach new levels of success with our creative and strategic processes. 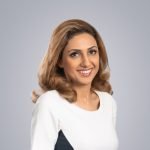 Author Mary Shekari
As the Founder and Principal of Versa Creative, Mary oversees all creative teams, ensuring that everything we produce is both creatively distinctive and strategically sound. With over 17 years of creative experience, she establishes the company’s direction and continues to foster our unique and attractive culture.
Recent Blogs

Should I Hire a Digital Marketing Agency? February 1, 2021 | Versa SEO

The Importance of Online Branding for Your Business June 5, 2020 | Versa SEO

How To Make Business Marketing Plans After Coronavirus May 21, 2020 | Versa SEO